It may sound impossible to get an injection in a limb as small as your finger, but steroid injections into fingers is a common treatment for several conditions. Before we delve too deeply into why you might receive them, let’s first look at steroid injections in a general manner, i.e., what they are, how they are given, and how often or long they are used.

Steroids have a dubious reputation because they are known for being abused by bodybuilders, weightlifters, and some athletes. That is an unfortunate reputation to have gained because they are quite effective in treating a list of difficult health concerns. Steroid injections, for example, are noted by the National Health Service for their function as “anti-inflammatory medicines used to treat a range of conditions. They can be used to treat problems such as joint pain, arthritis, sciatica, and inflammatory bowel disease.”

This indicates that they may have different methods of delivery, and it is why you may be told that a steroid injection in the finger is the ideal treatment for your condition. The way injections are given include:

They do not, however, work instantly regardless of their mode of delivery and will require several days to begin reaching peak efficacy. They also remain in the body or region for upwards of several months afterward. The only example of an immediate reaction to a steroid injection is when it is given for pain. It usually takes effect instantly and lasts for many hours afterward.

How Do Steroids Work?

With so many potential treatments and modes of delivery, it is often valuable to understand how steroids work in the many ways that they do. The answer is simple: Steroids are a manufactured copy of hormones our bodies make on their own. Produced by the adrenal glands (which are above the kidneys), they reduce inflammation and the activity of our immune system. This is why they are a common medication for those with autoimmune issues like MS, which is when the body attacks the nervous system.

The experts at the Cleveland Clinic explains that steroids can play a role in overall treatment when combined with “analgesics (pain medications), anti-inflammatory medications, physical therapy, occupational therapy, and/or supportive devices such as canes and braces.”

As an illustration of this, they say that someone with tendonitis may be treated with a local steroidal injection and some pain relievers, while someone with an autoimmune issue like rheumatoid arthritis can benefit from injections and an array of therapies, medications, and so on.

Are there any side effects to the injections? In general, the medical experts warn that there are some potential side effects from a steroid injection, including:

It is important to note that the risks and/or frequency of side effects are minimal, but some people are not the best candidates for this sort of treatment – regardless of the mode of delivery. For example, the following group of people should not receive steroid injections of any kind:

If you are not within any of those groups, you are a good candidate for the benefits that can be gained through steroid injections in the finger.

What Is Treated with Steroid Injections in the Finger?

Though you may already know why a physician has recommended that you (or a loved one) go for steroidal injections in one or more fingers, it helps to understand that they are a “common non-operative treatment for multiple musculoskeletal conditions,” of the hand. Experts frequently recommend them to patients with:

We are going to focus specifically on steroid injections in the finger, and so our emphasis will fix on:

If, however, you suffer any of those other conditions, it is a good idea to speak with your doctor about the use of injections to help reduce pain, inflammation, and swelling or redness while restoring function or use.

While there are different varieties of steroids used for medical treatment, it is the “glucocorticoid steroids” used for the issues we’ll focus on from here forward.

Trigger finger, if you are not already aware of the condition, it is when a single digit of one hand suffers extreme stiffness, pain, and frequently locks or catches. It may even be permanently bent, which is called stenosing tenosynovitis. It usually hits the thumb or the ring finger, which is where it took the name of the condition.

What causes it? If you have been told that a steroid injection in the finger with trigger finger will offer relief, you need to understand why your hand and finger seem to be working against you, and so let’s look at how trigger finger happens.

The hand has flexor tendons that fix to the forearm muscles and bones of the fingers. Contract the muscles, and the flexor tendons live up to their names and allow the fingers to flex and bend. As OrthoInfo explains, “Each of the flexor tendons passes through a tunnel in the palm and fingers that enable it to glide smoothly as the finger bends and straightens. This tunnel is called the ‘tendon sheath.’

Along the tendon sheath, bands of tissue called ‘pulleys’ hold the flexor tendons firmly to the finger bones. The tendons pass through the pulleys as the finger moves. The pulley at the base of the finger is called the ‘A1 pulley.’ This is the pulley that is most often involved in trigger finger.”

You get trigger finger when that A1 pulley thickens or makes it tough for the flexor tendon to move through it when the finger bends. As time passes, nodules can form on the flexor tendon, which causes pain should the finger flex. In the most severe instances, your finger might lock or become fixed in a bent position.

Why would this happen? There are no firm answers, but most agree that it is typical of those with rheumatoid arthritis, diabetes, and those who have had years of “forceful” use of their fingers or thumb.

If you suspect you have it, you will want to visit a physician for an exam. If you are just suspicious, you may be experiencing it; the most common symptoms include a lump at the base of a finger, a feeling that the finger catches or pops when moved, and a feeling of pain when a finger is bent or straightened.

Though the condition varies from person to person, there are several typical treatment options used before any sort of surgical intervention is suggested. They include:

The steroid injections are most often a corticosteroid or cortisone and will be aimed at the tendon sheath that rests at the base of the affected digit. The injection can resolve the triggering pattern, but it is not always going to improve the issue over the long term. Typically, a physician will recommend a series of two injections, and if they do not resolve or alleviate the issue, they will refer the patient to surgery.

As noted, those with diabetes seem less likely to attain relief of the symptoms, but should still receive treatment as a means of avoiding surgical intervention if possible.

Arthritis, even when contained to a small joint, can wreak havoc. If you have the issue already, you are well aware of that fact. You might try to grasp a pen, open a jar, or use the hand and find yourself unable to do so. The use of an injection directly into the joint (or joints) affected by arthritis will usually help to address inflammation.

What this means is quite simple: Get that targeted injection, and there is an immediate reduction in pain, redness, and swelling. In addition to addressing these issues, they are usually, according to WebMD, “generally well tolerated and are less likely than other forms of steroid medications to produce serious side effects.”

If you are someone with arthritis in your hand or fingers, and your doctor is recommending treatment, it can be useful to understand how and why it will help.

There are more than 110 kinds of arthritis, though it is most likely RA that has affected your hands. It is an autoimmune condition that causes the body to attack healthy joints, and will eventually cause more than just chronic pain or swelling. It breaks down cartilage and leads to stiffness, deformity, and loss of function in the joint.

When getting treatment, a physician will simply cleanse the area for injection and then evaluate whether excess fluid will need to be removed. If so, they insert a syringe and remove the fluid to relieve pain and pressure. The removal of the fluid also helps the steroid injection work more efficiently.

The steroid is going to be injected directly into the joint, and most patients say that pain relief is instantaneous, while the swelling and inflammation begin to recede in a few hours. Most can anticipate relief for months before another intervention is required.

While the injection is going to work quickly, there are some side effects to consider. They include possible weight gain, intestinal ulcers, osteoporosis, high blood pressure, diabetes, and vision problems. There are also some who experience weakening or thinning of the joints upon receiving treatment.

The use of steroid injections is something that comes with benefits and some risks. Because adverse side effects are rare and infrequent, many people receive the injections to address their arthritis or trigger finger issues.

The National Institutes for Health said that “steroid injections are an effective first-line intervention for the treatment of trigger digit,” and other conditions. They must be done by a medical professional and monitored for their results. The good news is that they are proven effective and safe and are a good choice before surgical interventions or more aggressive treatments are used. 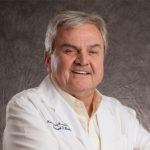 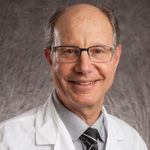